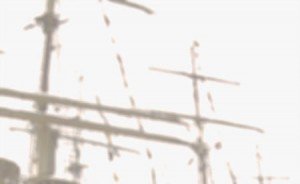 This is the story of what happened to the Artful Dodger after Oliver Twist. You remember the Dodger, the cocky pickpocket who was always ahead of the game? Ever wonder what happened to him? Now you can find out. And what adventures the boy had!

A lot of people in the publishing business said many kind things about this book (see: What people have said about Dodger’s Lot.) and shortly after I wrote the story it was runner-up for the prestigeous David St.JohnThomas Award for fiction. Not bad for what is primarily a story for young adults.To win a mainstream fiction award proved that the book has cross-over appeal so whether you’re 9 or 99 I’m sure you’ll enjoy Dodger’s Lot.

I do hope you like this first book in the Dodger series. Here’s how the story starts. Read on and enjoy…

He needed those guineas. The fleeting image of a warm alehouse, a foaming pint and a hot pie on the table before him momentarily banished the grasping cold of the wet granite and gave him hope…

He knew Sikes’ face well but could not suppress a gasp when it fell into view, bloody and half covered in mud. Even in death the features were twisted into an evil scowl, the eyes bulging under closed lids. But need quickly overcame fear and Jack steeled himself to his task, leaned across the corpse and ran his hand along the back of the waistcoat.

‘Got ’em!’ he murmured as he felt three, no, there were four, hard round shapes in the lining. Quickly he ran his hand down the dead man’s arm to the fist that gripped the knife. The blade would slit the cloth and free the guineas but leaning across the corpse he found that he needed both hands to prise the cold stiff fingers from the wooden handle. He swallowed hard to steady his nerve but as he pulled the slimy hand open a heavy wet arm fell across his neck, pulling him down until his face was close to that of the murderer. Jack began to panic and tried to pull himself free from the cold embrace but there seemed to be strength in the dead man’s arm and he was held firm. Jack gasped for breath and struggled to push the body away. His knees sank into the foul mud with the effort but he was held fast, trapped in the arms of a dead man.

Then his heart stopped. A large bloodshot eye opened slowly and blinked. The point of the knife was at his throat and the gruff voice, which came from the swollen lips, seemed to start from deep inside the murderer’s body.

‘Dodger!’ it croaked, the lips twisting into a sneer.  ‘Well, if it ain’t the Dodger.’